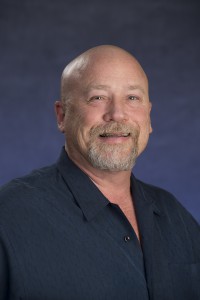 Howard Farran, DDS, MBA, the founder and owner of Dentaltown.com and Dentaltown magazine, has practiced dentistry at Today’s Dental in the Phoenix metro area for more than 30 years. In 2017, Incisal Edge magazine ranked him among the 32 most influential people in dentistry.

Dr. Farran has lectured internationally on the business of dentistry since 1990, captivating audiences with his blunt, humorous and practical insights into the industry’s most controversial subjects. His genuine passion for helping dentists provide faster, easier, higher-quality and lower-cost dentistry to their patients is what drives him to this day.

In 1999, Dr. Farran released the timeless “Your 30-Day Dental MBA” series, which is available on YouTube and iTunes. Since then, he has released massive amounts of distinguished content, including:

Dr. Farran reaches hundreds of thousands of dentists from around the world every day. His ever-expanding presence across social media platforms include 300,000 Facebook followers, 25,000 Twitter followers and 35,000 LinkedIn followers, not to mention the 250,000 registered members on Dentaltown.com.

MASTERSHIP IN THE ACADEMY OF GENERAL DENISTRY

FELLOWSHIP IN THE MISCH INSTITUTE OF IMPLANT DENISTRY
University of Pittsburgh–Pittsburgh, Pennsylvania

DIPLOMATE IN THE INTERNATIONAL CONGRESS OF ORAL IMPLANTOLOGISTS

GRADUATE OF THE MISCH INSTITUTE OF IMPLANT DENISTRY
University of Pittsburgh–Pittsburgh, Pennsylvania

ALUMNI OF THE YEAR
Dr. Farran was awarded this honor by the University of Missouri, Kansas City

DENTAL PUBLIC HEALTH AWARD
Dr. Farran was honored by the Arizona Department of Health Services, Office of Oral Health, for his commitment to preventive dentistry.

ARIZONA AWARD
As Vice-Chairperson of the Arizona Citizens for Better Dental Health, Dr. Farran was critical in the movement to fluoridate the city of Phoenix. As the group’s spokesperson, he appeared on numerous television and radio programs as well as debates in the Phoenix area. For his efforts, the Arizona Dental Association awarded him the Arizona Award.

1997, he wrote and published A Consumerist’s Road Map which has been ordered by dentists around the world.

1991, he wrote and published The Business of Dentistry: Consumer Oriented Dentistry for the Nineties which sold more than 6,000 copies in 28 countries.