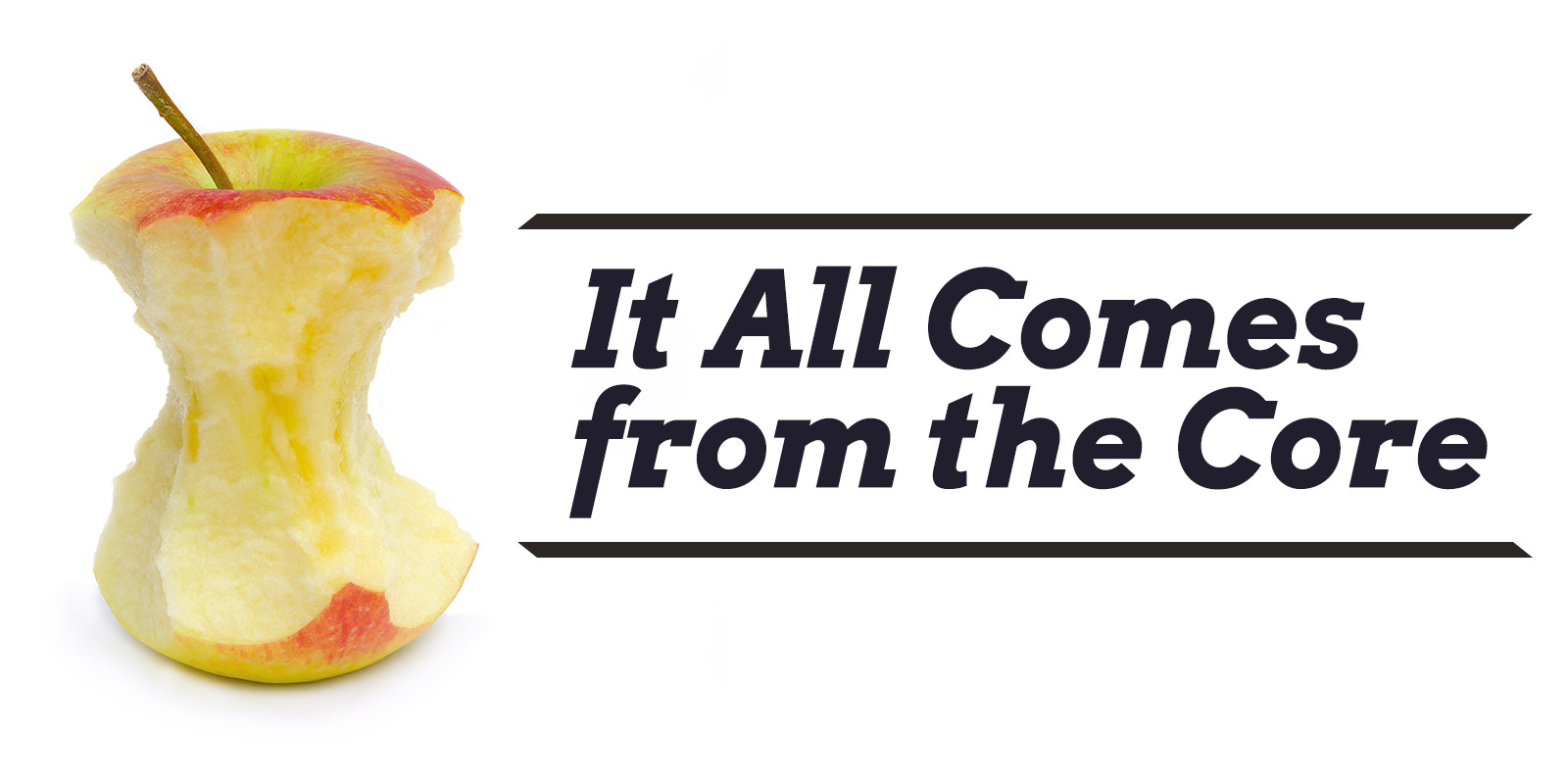 Last year I competed in and completed the Arizona Ironman. For those of you who are unfamiliar with the event, that means I got up at the crack of dawn and decided I was going to swim 2.4 miles, bike 112 and then finish it all off with a relaxing, 26.2-mile run.

Needless to say, I nearly died. And who is going to blame me? Keep in mind I didn’t literally just get out of bed and go do the Ironman. I trained. I trained my ass off.

Running a business is a lot like running the Ironman. It is one of the most rewarding experiences you’ll ever have while simultaneously being one of the hardest, most challenging endeavors you’ll ever face.

If there’s something in common between running a business and running the Ironman, it’s this: You have to have a strong core. Without it, you just won’t make it. In the Ironman, that means having balance, stability, strength and good posture to prevent injury.

In business, having a strong core means always returning to your roots and constantly addressing your mission statement and the goal you set out when you started your business.

The following excerpt is from my new book, “Uncomplicate Business: All It Takes Is People, Time, and Money.”

Excerpt: The companies that blow away the competition always reinvest in their core business. If you’re not moving faster, more efficiently and offering your goods and services at higher quality but lower cost, you’re just spinning your wheels along with everyone else …

I recently ate dinner at a Chipotle Mexican Grill. Started by Steve Ellis in 1993 in Denver, Colorado, Chipotle grew at a slow and steady pace until 1998 when McDonald’s bought a minority share and then a majority share one year later. By 2003, with McDonald’s financial backing, Chipotle expanded to three hundred locations. Then in 2006, McDonald’s divested from Chipotle, Boston Market, and other non-core business restaurants.

Why? Why would McDonald’s offload these properties? Chipotle is a wildly popular food chain, as is Boston Market.

Companies like McDonald’s, Ford, and Target figured out the best possible return on investment comes from strict focus on their core business. McDonald’s has some of the toughest competition out there with Burger King, Wendy’s, In-N-Out Burger, Sonic, and dozens of other fast food entities nipping at its heels. McDonald’s has a major war on its hands and, realizing this, looked inward and decided it wasn’t in the company’s best interest to spend time trying to master burritos and rotisserie chicken on the side.

The exemplary employees working at its Mervyn’s subsidiary did nothing to help Target in its struggle to compete against the giant Wal-Mart. Besides, Mervyn’s faced off against Kohl’s, Sears, J.C. Penney, and about a dozen other chains that were soundly beating it at its own game. So Target brought all of its Mervyn’s superstars back to the mother ship and offloaded the weak department store chain.

The same goes for Ford. Consultants told the carmaker that its best people were working on Aston Martins—a luxury line that caters to a miniscule market and makes little profit. Ford was convinced that it needed to spin off Aston Martin, and move those engineers over to design Lincolns and Mercurys where they could sell ten times the number of its higher-end vehicles.

In selling off these secondary properties, McDonald’s, Target, and Ford were able to retool and bring the focus back to what made them exceptional in the first place…

Stick with what you know! Focus on your core business!

You want to make more money? That’s great! Why not invest in your own business? See what your peers are doing to increase revenue, productivity, and the “wow” factor for their customers. Look into new technologies that will improve the way you do business, and when you’re done doing that, go get trained in them! Then, when you’re proficient in these new technologies, invest 3 percent of your collections in the form of advertising to new customers and marketing to existing customers. A little time, investment, and marketing of technologies that will improve your business makes a lot more sense than renting out or buying another property, hiring a wait staff and cooks, learning the restaurant business in five minutes, and hoping someone comes in to order your daily special. Most likely you’ll end up eating crow.